On the territory of Sicily (it. Sicilia), which is the historical centre of the Mediterranean sea, there are still more than 200 castles.

The high medieval towers, the ancient banquet halls, impressive views of the sea of visitors and contribute to the fact that many people choose a castle in Sicily for their wedding in Italy. 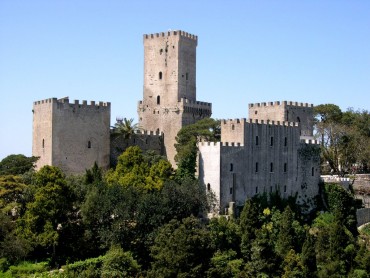 In the western part of Sicily on the top of the mountain in the clouds, at an altitude of 750 meters above sea level the charming castle soars.

According to legend, Eryx (Erice), son of the goddess of love and fertility Venus, built on top of the mountain majestic temple in honor of his mother, and thus founded the city, which was named after him.

In the XII century the castle surrounded by high walls was built on the place of the temple. Nowadays, the castle is owned by municipality of Erice and it is the venue for wedding ceremonies by the sea. 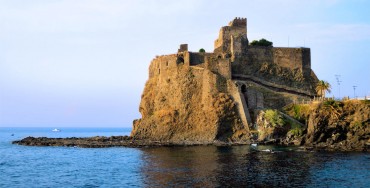 Moving from Catania towards the north we can admire traditional sicilian lemon trees, agaves and palms. At some point, approximately in 9 km from Catania, you will see the rocks emerging from the sea as if they were thrown by a giant, and the Norman castle situated on a spur rock. The rocks of volcanic origin are about 70 metres high and are called Cliffs of Cyclops. The coast was named after them the Riviera (coast) of the Cyclops.